Ok, I lied a little bit – a cutting board is still recommended so you don’t accidentally let the knife slip and end up cutting into your hand (ouch!) but it’s not needed nearly as much. Plus there’s no manual labor of actually having to chop/dice the onions after slices have been cut so it’s not a total lie, right?

The worst thing about dealing with onions is they way they make your eyes water. If you’re fast enough and only slicing it you can probably avoid the terrible watery eyes, but if you’re dicing an onion there’s just no avoiding it, especially if you’re using red or white onions, they’re just so potent! Or so I thought!

I use onions almost every day as many of my dinners and sometimes breakfasts/lunch call for them. Up until recently, dicing onions has been a chore. I would cut the onion in thin circle sections and just use the knife and cutting board to cut and dice until it was the consistency I wanted, and even then would often get some really small pieces mixed with some much larger ones so the sizes were often uneven.

A few weeks ago, I was perusing Facebook and stumbled upon a cooking video (which, let’s be honest, is the primary thing I use Facebook for now anyways. Cooking and funny/cute cat videos) which that revolutionized the way I now dice onions and its super easy and also prevents my eyes from watering!

This is the root of the onion and the part you do NOT want to cut off when you are peeling it.

Cut off the other end and peel the onion as you normally would.

Balance the onion on its root and use your non cutting hand to stabilize it. The key when cutting anything is you want to bend your fingers at a 90° angle and tuck your fingertips under. The top part of your finger guide the knife and it prevents you from accidentally cutting your fingers!

Cut the onion in narrow strips from the top to the root, but  be careful not to cut all the way down (start with about 1/2 or 3/4 of the way depending on how much onion you need. Cut these are skinny or as wide as you desire (obviously, the skinnier you cut, the smaller the diced onion will be). 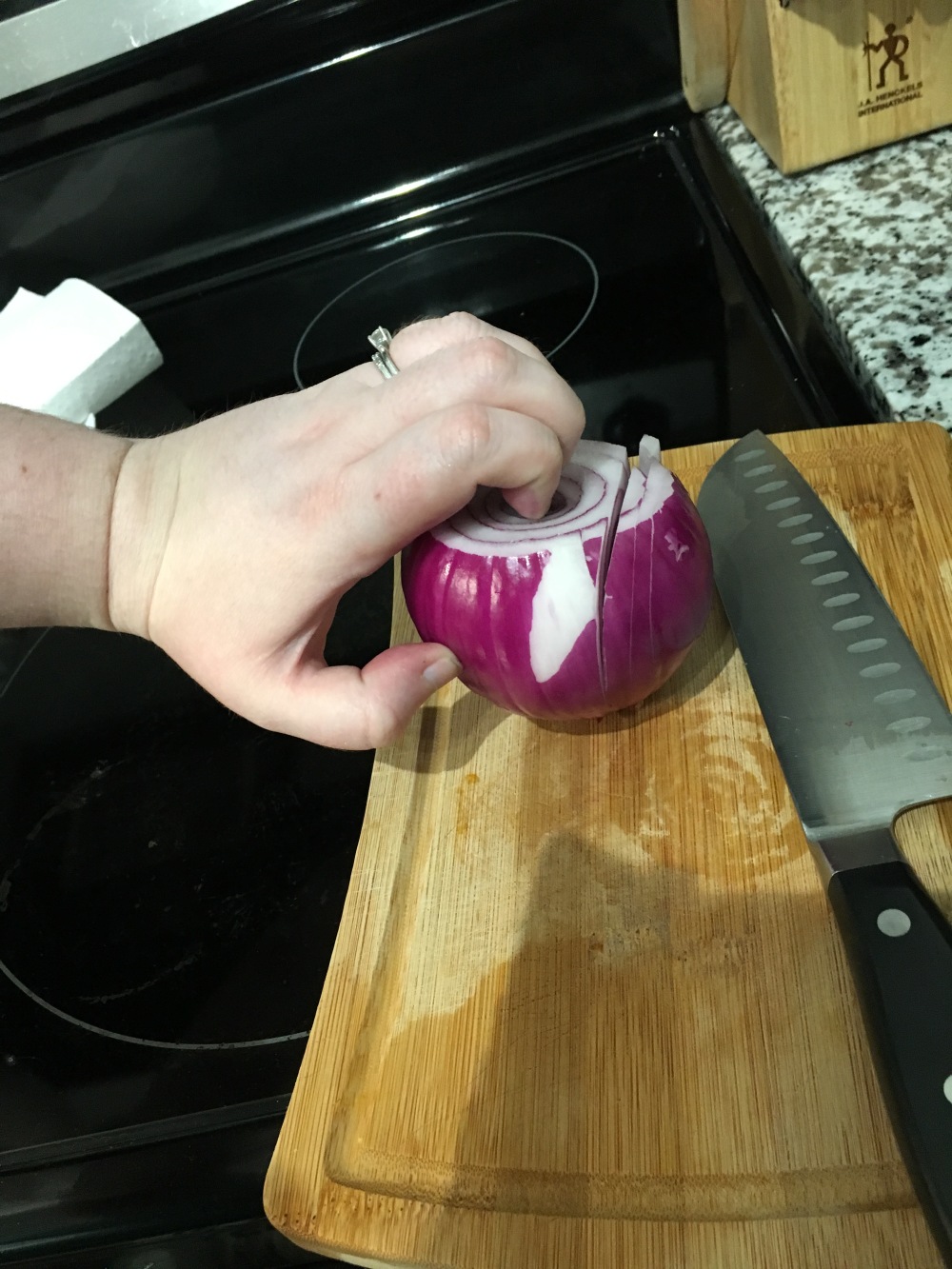 You do this the entire length of the onion.

Now rotate the onion 90° and you’re going to do the same thing you just did, so you get a nice checkered pattern. 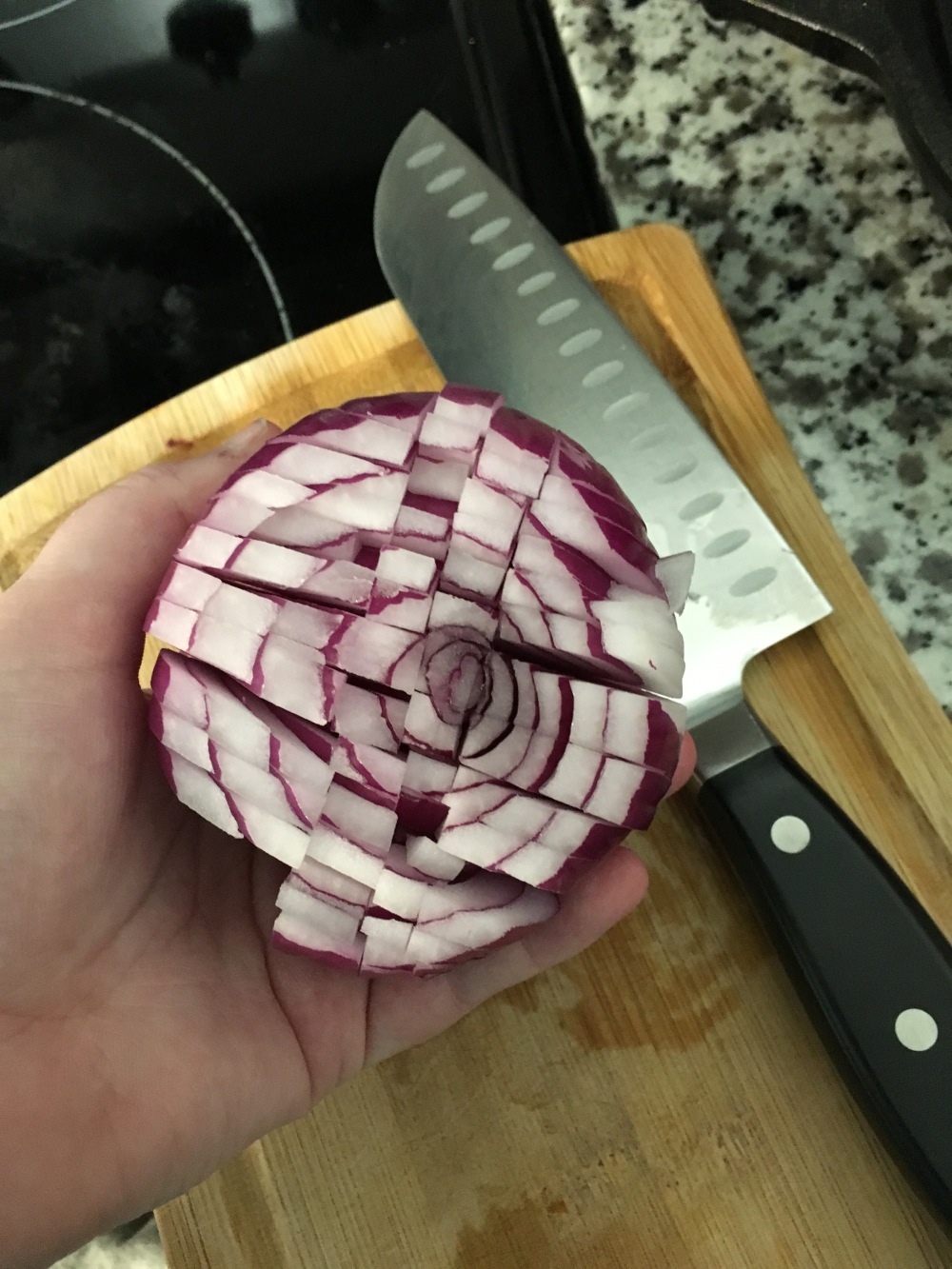 The only thing left to do is it turn the onion on its side and slice from top to bottom and watch all the diced pieces fall off! You can cut these as skinny or as thick as desired.

Hopefully this was helpful and saves you some time and labor as well as those annoying watery eyes!

View all posts by Hannah Martin